Here you will find news and highlights from the
global activities of the CCE. 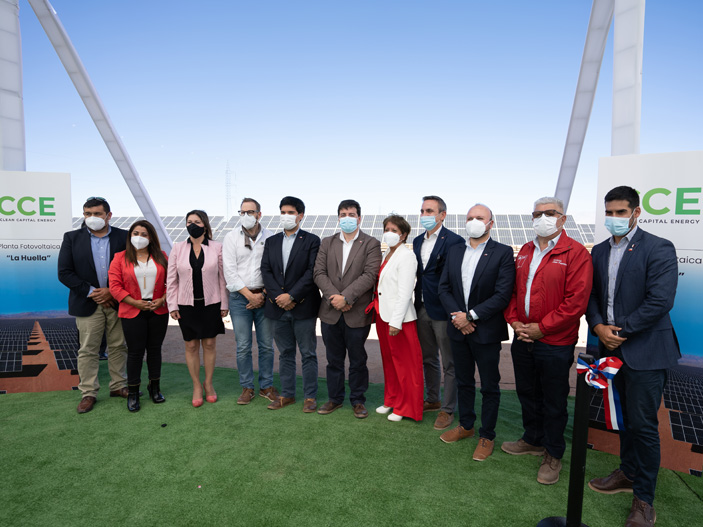 The solar power plant built in the municipality of La Higuera, north of Santiago de Chile, will in future feed 220 GWh of electricity into the national grid annually, providing clean energy for the needs of 90,000 households.

The solar park has an installed capacity of 87 MWp and is the first of four photovoltaic projects that CCE plans to build in the country. The project represents an investment of over $70 million.

The Chilean authorities appreciated CCE’s contribution to the development of clean and sustainable energy sources in Chile. The ceremony was attended by the Minister of National Assets, the Secretary of State for Energy, the Mayor of the Municipality of La Higuera and various representatives of the regional government and local organisations. 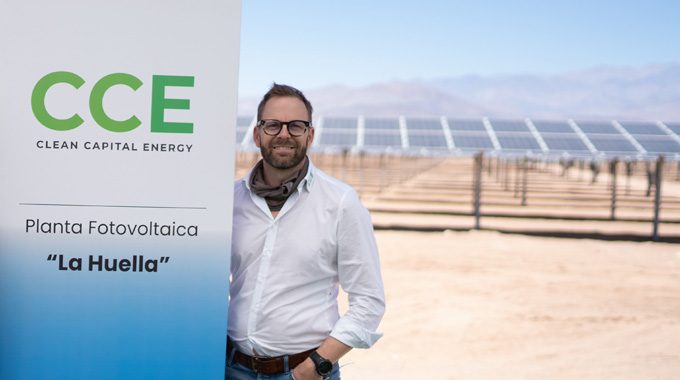 Chile is pursuing ambitious goals in the expansion of renewable energy. An important milestone was the opening of the photovoltaic park “La Huella” on the 24th of November 2021 in the municipality of La Higuera in the Coquimbo region, where numerous representatives of authorities and companies met for a festive ceremony.

“La Huella is a very symbolic project for us. It is the first built by the CCE Group in Chile and we are committed to continue investing in it. We have had a very good experience with the asset and we consider this country as a key market,” explained René Hörwertner, Managing Director of CCE Chile and Business Development Latin America for the Austrian company, which has been present in Chile since 2015.

“The CCE, the authorities and the local communities are working closely together in a great project team. We have shown great flexibility and have been able to overcome all the difficulties caused by the pandemic over the last two years. Therefore, today is a very special day for us and we are very happy with the result,” added René Hörwertner, who gave the opening speech and confirmed the CCE Group’s desire to invest in three more photovoltaic projects in Chile. Globally, CCE is aiming to have 2.6 GWp in operation within the next five years.

The photovoltaic park “La Huella” will feed 220 GWh annually into the national grid and supply more than 90,000 households in the central and northern part of Chile with clean, sustainable and economical energy. It was precisely this aspect that the Secretary of State for Energy, Francisco López, emphasised in his speech. “Clean energy will allow us to change the face of our country in the future. The La Huella PV Park is a project that will contribute to achieving the carbon neutrality that the country is striving for,” the Chilean government official explained.

The Minister of National Assets, Julio Isamit, praised the initiative and presented the PV park “La Huella” as an example of the proper use of public land to create jobs, progress and contribute to a green energy matrix. “We want to promote this kind of renewable energy projects to underline our commitment to the next generations,” Isamit said.

After the ceremony, the participants of the opening ceremony toured the photovoltaic park together with René Hörwertner and took a close look at the 214 704 highly efficient panels. They are equipped with technology that allows them to follow the path of the sun to maximise energy generation.